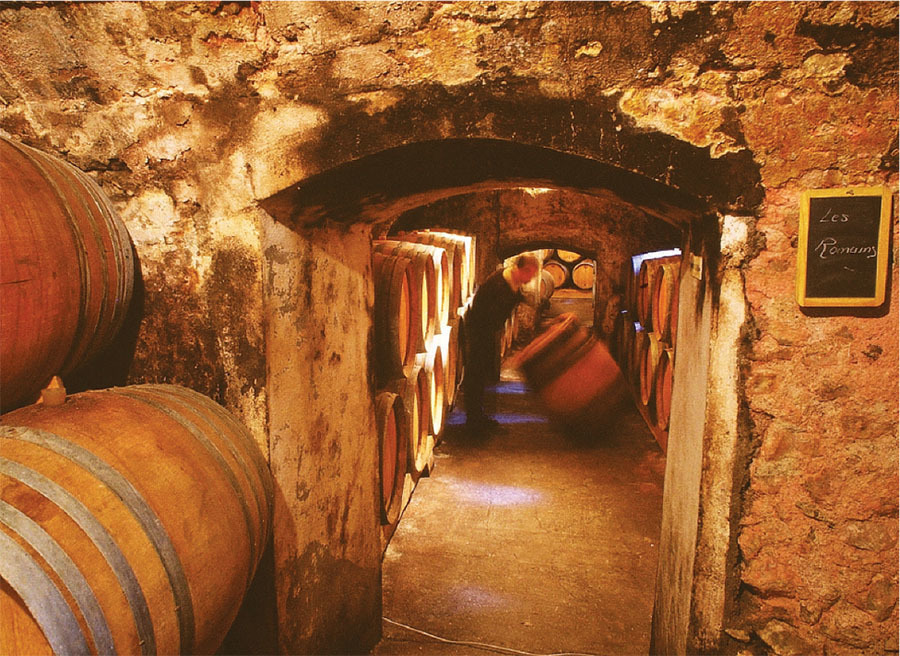 The size and scope of the Rhône Valley’s wine production and the ubiquity of the tremendously drinkable, laughably cheap Côtes du Rhône have perhaps painted the entire region as one producing simple, straightforward wines at great value. But if there is an epicenter of wine royalty in France the fact is often missed by the uninitiated that it is in the northern reaches of the Rhône Valley—where syrah is king, and where magnificent wines are produced in Côte Rôtie, Cornas, Hermitage and Saint-Joseph. Syrah is undeniably the wine world’s most underappreciated grape, but it often makes cerebral, breathtaking wines that reflect the nuances of the places it’s grown better than any grape not called pinot noir.

The northern Rhône contains a tapestry of hills, soils and aspects that create wines of tremendous diversity—from the powerful wines made in the northern tip of the valley in the Côte Rôtie to Cornas in the south. These appellations, unlike the Côtes du Rhône regional blends, are where the world’s great syrah is showcased. The grape taking on the characteristics of each appellation, and each individual vineyard, offers an exploration of the region whose culture and way of life are reflected in the wines that it makes.

At Saint-Joseph, a bit to the south of Côte Rôtie, the AOC occupies a 30-mile stretch along the Rhône River in the foothills of the Massif Central. Saint-Joseph is known for both elegance, authenticity and oftentimes wine at a great value. The “La Source” is a tremendously elegant wine, blended across a number of vineyards within Saint-Joseph. With aromas of violet, thyme and flint smoke, the palate is leaner than some of the powerful northern Rhône wines, offering sappy blue fruits, savory herbal notes and a stony minerality with great acid and a lengthy finish that far outruns the price tag. $30

Cornas is at the southern end of what is considered the northern Rhône Valley growing region and is also the smallest sub-appellation in this part of the Rhône. Its wines typically offer loads of tannin, bold colors that stain your teeth and a flavor profile to match. Jean-Luc Colombo has helped raise the profile of the wines being made here through innovation, dedication and in many cases a return to tradition. Colombo and his wife have both been made members of the French Legion of Honor for their contributions to the region and its wine culture. This bottling is intensely dark, aromas of anise, black pepper and Montmorency cherry are followed by brooding flavors of dark fruit, berry compote and burnt crème. $55

In the Rhône’s south lies Vacqueyras, a sub-appellation, grenache-heavy spot where the late ripening grape is in a heavenly environment. In the shadow of the legendary Mont Ventoux, the 100-year-old vines at Domaine Le Colombier make a savory and powerful red blend. Aromas of herbes de Provence, blackberry and smoke and layers of dark fruit coat your palate for a song at around $22.

Sancerre has been around forever, but its wines never go out of style. Wine cultivation was likely begun here by the Romans in the first century. Sancerre is made from sauvignon blanc and has something very essential in common with almost all of France’s great white wines. There is a seam of chalk that runs southeast from the Channel Coast near Calais down through the Champagne region and into the eastern part of the Loire Valley—where we find Sancerre and, across the river, Pouilly-Fumé—before continuing on to Chablis. While pinot noir is also grown here, it’s the white Sancerre wines made from sauvignon blanc that have put this region on the map.

The soils here let the wines of Sancerre—named for the bucolic hill town from which the AOC fans out—soar with acidity and minerality that makes them a perfect food wine. While the wines come from one grape, the small region shows plenty of diversity given soils, vine age and topography. The wines coming from the tiny hamlet of Chavignol are some of the region’s most rich, and powerful with the signature Sancerre acidity and minerality taking center stage. Domaine Hubert Brochard produces wines from the hillsides around Chavignol and has done so for six generations. hubert-brochard.fr

A study in freshness, this standard bearer offers up aromas of citrus peel, elderflower and dried herbs and a palate with great texture and flavors of key lime, gunpowder and chalk. This wine begs for oysters or seared scallops. $24

Crafted from hillside vineyards around Chavignol the “Today, Like in Old Times” is a step above your average Sancerre wine. Crafted from nearly 50-year-old vines, there is a depth and power to this wine that showcases hints of flint and thyme aromatics and a palate that accentuates notes of grapefruit, lemon curd and a great zippy acidity. $32

The Bordeaux region is beautiful, and its depth and breadth offer a little something for everyone; you can find bottles that will equate to your mortgage payment and those for just under a Jackson. It’s also a complicated region that can take decades to fully appreciate, but you don’t need that level of intensity to enjoy it.

In 1885 Emperor Napoleon III demanded that the wines of Bordeaux be classified in terms of quality and that those classifications be on public record for all to see.

The classification was done based on the producer’s reputation and pricing, and five different “growths” or crus were assigned. Despite two modifications all these years later this classification still stands. Premier Cru châteaux—there are only five of them—very often fetch prices well north of a thousand dollars a bottle. While these may be great wines, let’s be honest, that’s ridiculous.

A merlot-dominant blend from a château that dates to forever. The property was named after the Sieur of Duhart, a gunrunner to Louis XIV who originally owned the property, and from the name of the little hamlet of Milon which separates the Duhart-Milon vineyard. This is a wine that can get you a glimpse of what makes high-end Bordeaux wines—high end without breaking your bank account open. Red fruit that balances power and elegance, savory aromas and depth and elegance, it is an instant classic. $58

Classified as a First Growth in 1855. Rieussec is one of the biggest estates of Sauternes with 227 acres of vines, situated in the “communes” of Sauternes, above the Garonne River, in a small area where the cold dawns of autumn help form a famous mist. It is this mist which many believe plays a major role in the development of bacteria—”noble rot”—that makes sweet Sauternes famous. This is a bone-dry Bordeaux Blanc however, and it’s all class. Aromatics include citrus, wet stone, a palate of lush stone fruit, minerality and great acid. $45