The Sven Master From issue 82 • Words by Clive Pursehouse, Images by Daniel Ziegert 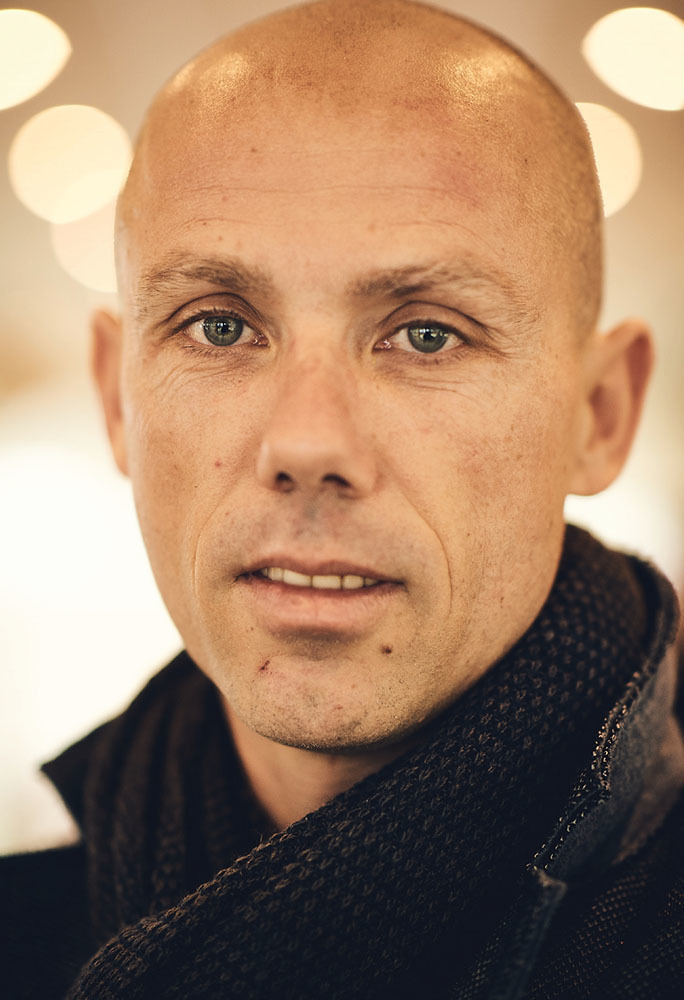 The property that makes up the Balenberg was owned privately, and the owner let organizers operate the cyclocross race for many years, while cyclists were able to ride on the property freely. When the owner passed away, there was a fear that the property might go to a different private owner and that the Balenberg, and perhaps a bit of cyclocross history, may have gone by the wayside. But a private/public partnership was formed and created a proper piece of Flemish culture and preserved a very important race venue.

The Sven Nys Cycling Center is without a doubt the coolest cyclocross museum on earth; and this has nothing to do with the fact that it may also be the world’s only ’cross museum. The details are dialed in and it is truly a ’cross geek’s paradise. Fans can experience just how close and how tall those barriers are. And they can learn everything from tire-pressure trivia to sandpit tactics, to seeing some of the most important bicycles raced in some of the sport’s greatest battles. You can pretend to look into the campervan window of your favorite ’crosser and get your picture with a Sven cardboard cutout (the real Sven is a hair taller, no pun intended). The center on its own merits is a learning experience and more than just a bit of nostalgia for Belgium’s ’cross-crazy crowd. The most important and impressive element of the Cycling Center, though, is the cycling.

Next to, in front of and behind the building that makes up the Sven Nys Cycling Center are several different cycling courses. There is, of course and perhaps most marvelously, the actual parcours of the Sven Nys GP, which you can try your hand (and lungs) at. There is also a BMX pump track (also a lot of fun on a ’cross bike), along with a trials course and mountain bike trails. The GP course is tough, and though none of the climbs are terribly steep there is enough up and down over the length of the racecourse that you can climb more than 1,000 vertical feet; and when this course is muddy it’s very unforgiving. The permanent parcours is complete with a flyover and a set of stairs, and during race day it’s completed by a few other dramatic temporary features.

The course is free and open to the public everyday, except on race day. There’s a shower and locker room for a small fee, as well as the option to rent a Trek ’cross bike for the day. There is also a café and plenty of great Flemish beer to be had upstairs after you get cleaned up.

Perhaps the most enticing part of a visit to the Sven Nys Cycling Center is the possibility of meeting Sven himself. He’s not there everyday, but he is often enough; it’s his place after all. On the day of my visit, Sven gave me a tour of the center and an assessment of the state of the sport. (He also introduced me to his son Thibaut, whose success may be part of what drives Sven’s intense continued commitment to ’cross.) What’s most striking about Nys, besides his savviness, is his sincere commitment to the sport beyond what that means for him. While he clearly still has skin in the game, his perspective seems to be concerned with the growth and success of cyclocross for generations to come.

Sven still trains a lot and he does much of it at the cycling center, from running to riding. He spends a lot of time here, perhaps having a beer or dinner with his family, and it’s reflective of his commitment to his sport and to anything he’s associated with, from the Trek brand to his purchase and management role in the Telenet Fidea Lions racing squad. Nys spoke to PELOTON about these and many other items in a short interview.

Much of your career was a focus on you, your performance, your fitness and tactics. How has the transition been for you going from an athlete with such a singular focus to being a father of a racer, a team owner and manager and, even in retirement, the sport’s greatest ambassador?

Now it’s a combination. I am using all the things I learned, all the things I did right and wrong, to prepare other riders on my team, my son and, moving forward, my sport. I spend a lot of time trying to bring people to cyclocross, bringing companies here to see a race, but also to experience the sport on a bicycle and maybe understand it a bit more. It is nice to see that what I did with my career has allowed me to continue to be a part of my sport into the future.

What is your prognosis for cyclocross at a time when the sports greatest stars, including Wout Van Aert and Mathieu van der Poel, are moving to road racing?

Where does cyclocross go from here? The riders of my era and the ones before us, they typically stopped racing at a normal age, between 35 and 40, let’s say. But the generation just after mine, the best riders, they are gone. Not because they stopped racing, but primarily because they moved over to professional road racing. You have Zdenek Stybar and Lars Boom—and then, of course, Niels Albert, because of his health. It is a bit of a pity, because they would have been able to build tremendous following over time. If we had those guys racing now, against Mathieu and Wout, imagine we would have six or seven guys racing at the highest levels. That is what we had in the past. So we are missing two generations, and it is impacting the riders’ interest in the sport, and these young riders haven’t had as much time to build up their fan base, so it impacts the loyalties of the fans as well. It is a tricky time, and we have to be careful because cyclocross is in a difficult moment; but I think if everyone who loves this sport gets involved, like Niels is, like I am, we can see it through.

When you think about the role of brands like Trek taking cyclocross beyond Flanders and Belgium and to places like the middle of America, what does that do for the sport?

This is perhaps the most important thing we can do to grow the sport broadly, because here in Belgium riders are starting and staying in cyclocross; but in America, or in the U.K., we really need brand support. It is a pity to lose an American rider like Logan Owen, with so much potential in cyclocross, to the road. We miss that international element in our sport. Trek’s involvement, from the live streaming of races to the Waterloo World Cup Race, we’re talking about adding more races in America. And it won’t just be Trek; you’ll see that other American brands, like Specialized and Cannondale, will continue to invest more and more in our sport, and a competition between those brands will continue to grow the sport around it.

We need our riders, the riders at the highest level, to understand how important these foreign markets are for the growth of cyclocross. We need to be good ambassadors. It’s a pity when I hear our riders complaining about going all the way to America to race, because it really is about the future of our sport and the sport’s success as well as their future as athletes and into retirement. You’re still very young when you are finished racing.

You’re a cyclocross celebrity in the U.S., where the sport has shown tremendous growth. Where is the next hotbed of ’cross?

England. This is a country with a tremendous interest in cyclocross right now; obviously, the talent of Tom Pidcock and his ability to bring British fans and brands to the sport is very important in terms of attention and growth of our fan base. We had a World Cup race in England two or three years ago and it was very well attended. Cycling is growing quickly there in all disciplines, because of all the success British road cycling has had. It’s much closer to Belgium than the United States and it’s a huge opportunity for us.

Belgium is always going to be our home base, but we cannot rely on just promoting the sport here at home. We want to, and we need to spread our sport wherever we have interest. The growth of the women’s side of the sport has been very valuable for cyclocross. Our women’s races are the most captivating right now; you don’t know who is going to win each day. While perhaps the fans think that it’s too easy for van der Poel and they are bored, having the women’s races televised [is important]. Having a second race at the highest level, instead of just one, this is very helpful to our sport right now.

The biggest thing for cyclocross would of course be to be included in the Olympics. If or when that happens, the sky’s the limit.