Arnaud Séité  talks often about “catching the virus.” And, according to him, his own particular bug has lasted for years. But the 49-year-old Frenchman is not talking about any real sickness or disease. Instead, it’s a term he employs freely when referring to his addiction to working the riverboats of Paris, commonly known as les péniches. And for most of the past two decades Séité has been a fixture on the Paris riverfront, managing one péniche after another. 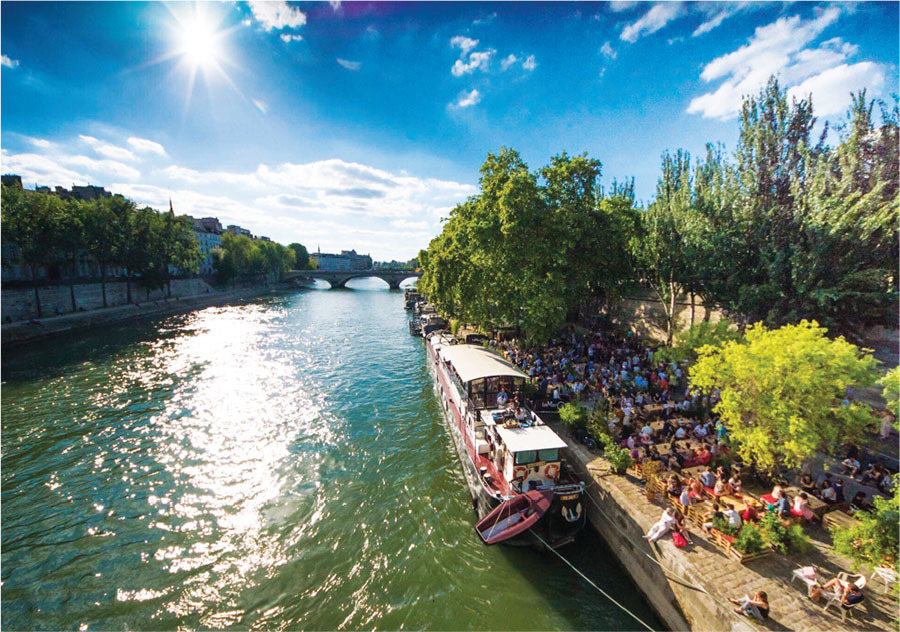 “I was born in Brest and moved to Paris when I was only 7, but Brittany always remained very close to my heart and I think working on the river somehow reconciled me with Paris,” Séité says when speaking about his self-inflicted virus. “And if I leave Paris one day, it will simply be to move closer to the ocean.”

Although the original péniches can date back to the Middle Ages, their more recent rendition finds its origins in the 19th century, when these flatbed riverboats (or splits) were used primarily to haul cargo on the canals and waterways of Belgium and France. Quickly entering into the folklore of those countries, they were a common motif in painting and film. And today, while many still work rivers and canals, around Paris and other urban centers with expansive docks, many have been transformed into houseboats, cafés, clubs and restaurants. And it is on these modern renditions where Séité has found his calling. 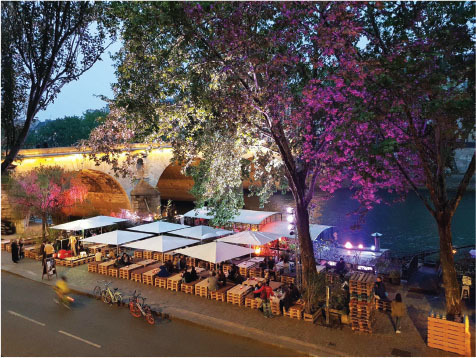 For years, Séité manned the Six/Huit and the Bal au Bond just below Notre Dame Cathedral on the Left Bank, but for the past seven years he has been at the helm of Le Marcounet, which is docked on the Quai de l’Hôtel de Ville on the Right Bank, a few blocks from where stage 21 of this year’s Tour de France will enter the center of Paris. “Le Marcounet had actually been docked next to me for years but then was moved outside of Paris,” he says. “And one day I learned that it was up for sale. So I started my project to bring it back to Paris and have my own boat. I wanted to have a space where I could share the things I love with like-minded people. I was fed up going to places that always had the same ambiance, with DJs playing techno, etcetera. I started with the simple idea that there were enough people in Paris that liked other things like myself, regardless of whether it was in fashion or not.”

At first, Le Marcounet appeared relatively isolated. Unlike the Left Bank, the quays on the Right Bank were still dominated by a two-lane expressway along the Seine. But in an effort to make the city more pedestrian friendly, the quays were closed permanently to traffic in 2016, essentially transforming the Right Bank into a lengthy park. Today, Le Marcounet extends well past the boat itself onto an expansive terrace on the docks, complete with outdoor tables and bar and live music every night. On certain nights, Séité himself can be found with his own small gypsy jazz group, but most nights he is simply too busy overseeing the various festivities.

“You know, when I started out, the docks were not really being exploited, but today the City of Paris is really happy because the boat is very active,” Séité says. “We have a full musical program of jazz, blues, swing and world music. It’s funny, because when I was starting out everything I was into was a bit outdated. But now there is a whole swing revival in Paris and jazz just gets more popular. And the terrace has really grown with the quays becoming a pedestrian zone. In the summertime, it is just packed!”

Séité admits that the 24/7 rhythm can get wearing, and at times he has even slept on his boats, sometimes by choice and sometimes by necessity. But while he admits that life on the docks can be all-consuming, he cannot imagine doing anything else. “You know, what I love most about life on the péniche is that we are right here in the heart of Paris and yet we are disconnected from it all somehow. We don’t live with the same stress that we find on the streets just above,” he says, motioning up to the road that is found at the top of the adjacent staircase that leads to street level. “That is just really special. That, and the fact that I know I have created something unique here, makes life on Le Marcounet very worthwhile!”

Also check out Ode to a Legend: Mont Ventoux