Paris is known for many things, but not for its weather. Parisians actually have a word for the perpetual gray skies: la grisaille. And rain is never far off. But what may well offer little inspiration for a long bike ride can be perfect for other activities, like staying inside and reading a book. And so it is perhaps due to the city’s debatable weather that is has earned a long-lasting literary reputation.

“Paris is full of books and it’s a very scholarly city. Not only do you see good books but you also see rare books. You see books you’ll never see anywhere else. It’s the best city in the world to scout books and to buy and sell books,” says Jim Carroll (above), founder of the San Francisco Book Co. in the heart of the city’s Left Bank. Not to be confused with Jim Carroll, the former New York City basketball standout, turned post-Beat writer, turned punk rocker, this Jim Carroll has affinities with the Beat Generation but he’s from the West Coast. 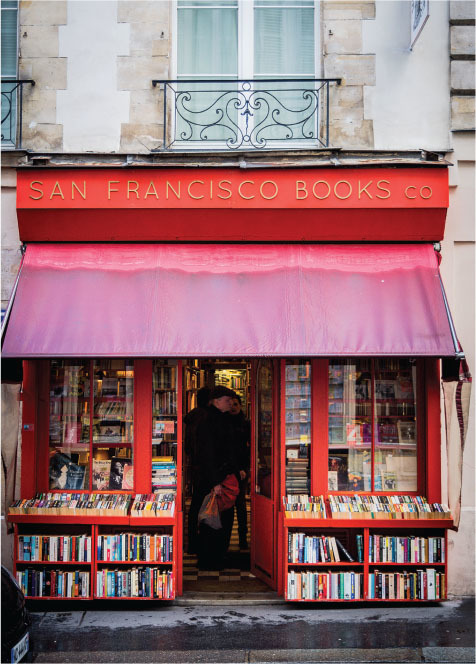 Paris, of course, has a long history of great English-speaking bookshops harking back to the seminal Lost Generation; but for the past 20 years Carroll’s San Francisco Book Co. has forged out a reputation as the foremost used English-language bookshop in the city. Sure, there are numerous high-quality English bookstores in Paris, but none can match the used selection offered at San Francisco Book Co.

Carroll strategically opened his shop in the Odéon neighborhood. Tucked between the Latin Quarter and the eternally chic Saint-Germain-des-Prés, the San Francisco Book Co. is quite literally only a few steps away from where James Joyce’s “Ulysses” was first published in 1922 at Sylvia Beach’s original Shakespeare and Company on Rue de l’Odéon.

And Carroll insists that the city’s bookshop tradition is very well maintained today. “Paris is just full of books in almost every language,” he says. “Still today there are probably 150 bookstores in this neighborhood. It’s still quite alive.” 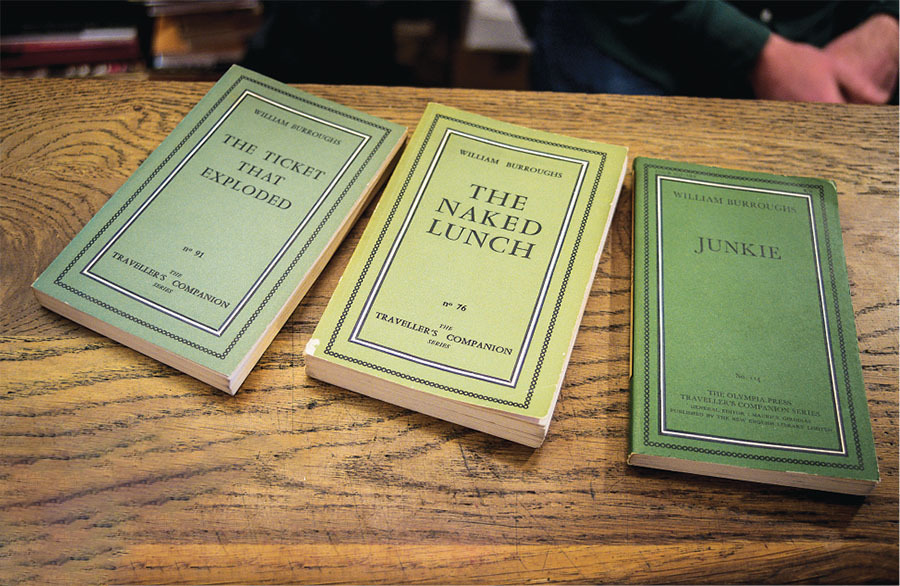 Entering Carroll’s shop on 17, Rue Monsieur le Prince, it is easy to be transported back in time as you melt into the warmly lit sea of pages and print. There is none of the cookie-cutter appearance of the countless chains that inhabit modern cities today. And while you never know quite what you will find here, if you allow yourself the time, you are guaranteed to find countless gems. Original editions of Henry Miller’s “Tropic of Cancer” or “Naked Lunch” by William Burroughs can often be found here, as they were first published in France by pioneering publishers like Obelisk Press and Olympia Press. But one of Carroll’s most prized possessions is a first edition of the King James version of the Bible from 1620, which he is currently restoring.

“When I came here in the 1990s and spent a summer here wandering around, I liked the city and just realized that it was full of books! And I just thought it would be fairly easy to run a good used bookstore here if you knew what your were doing,” Carroll remembers, almost making it sound easy.

But he understands that the success of his bookshop hinges on his ability to constantly renew his roughly 20,000-book collection with new books that interest passersby. “Being a good used-book dealer is all about getting the books. It is almost more important than selling them. I’m a generalist, so I have to be somewhat knowledgeable in every subject. And when I see a book, I have to be able to decide if it is a good book in its subject, and then whether I can sell it or not. Sometimes people ask me how I know whether it is a good book or not. I just tell them, ‘I don’t know, but I know.’”

Regardless, Carroll’s talent for the “je ne sais quoi” in the book market has benefited readers from around the world for years now. And it has established the San Francisco Book Co. as one of the best bookshops in this very established book town.

This article originally appeared in issue 87.

Also check out Ludo the bookseller on the Seine