This original ink-on-paper illustration, drawn by the incomparable French artist René Pellos (1900–1998), was featured in Miroir du Cyclisme magazine in 1972. Pellos was the king of capturing the essence of the moment, often with a mix of whimsy, charm and a dose of playful sarcasm—all which appear in this powerful and classic rendering. Among Pellos’ reoccurring cycling characters, aside from the riders, were the animated and ever-knowing mountains of the Tour de France. 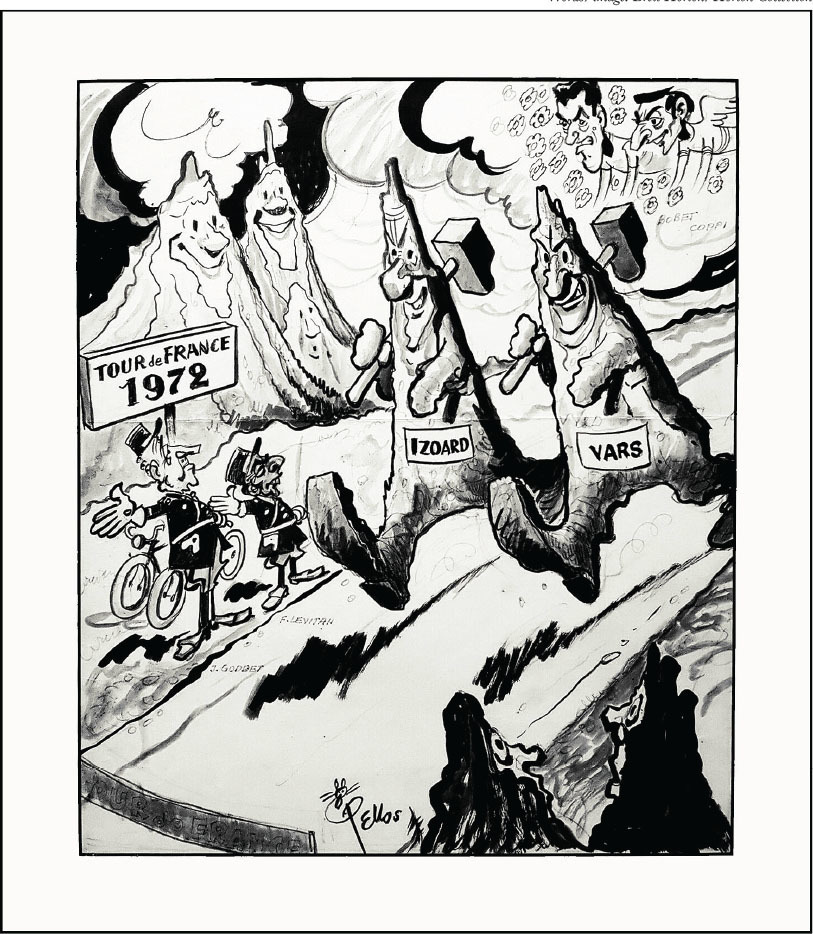 In this drawing, the imposing Col de Vars and Col d’Izoard in the French Alps are stomping past race directors Jacques Goddet and Félix Lévitan, heading for the day of reckoning with the riders on Stage 13. To illustrate power, Pellos has given the mighty mountains giant hammers and menacing scowls. In the upper right, the ethereal spirits of Louison Bobet and Fausto Coppi, past conquerors of both mountain passes, look down with competitive expressions, seemingly ready to once again take on the storied climbs. Not the least surprising, Eddy Merckx ended up winning this 1972 Tour stage in solo fashion, 90 seconds ahead of Felice Gimondi and a small group of chasers.

Stage 18 of the 2019 Tour de France once again features both the Vars and Izoard, followed by the Col du Galibier, thrown in for good measure. Will another epic story of the battle in the mountains be written? And whom will the man with the hammer hit hardest this time?

This article originally appeared in issue 87