Yves, you are truly one of Flanders’ local heroes. You grew up here. Your family farm is here. You still live and train here. You race for Belgium’s biggest team and you have won some of the country’s biggest races. I can only imagine that your dream since you started cycling was to one day win the great Belgian classics?

Yeah, I grew up in a small village called Ingelmunster. It is just a few kilometers from Harelbeke, and all of the finish lines of the races are nearby my home. Just being able to compete in those races is amazing and to be able to win races like Dwars Door Vlaanderen is just amazing!

It must be a bit of an advantage to know those roads so well.

For sure, it is a big advantage. I know the roads well. I train on them all the time. I know where I need to be on certain roads or certain climbs. But that also comes from the experience of doing the races so many times now. 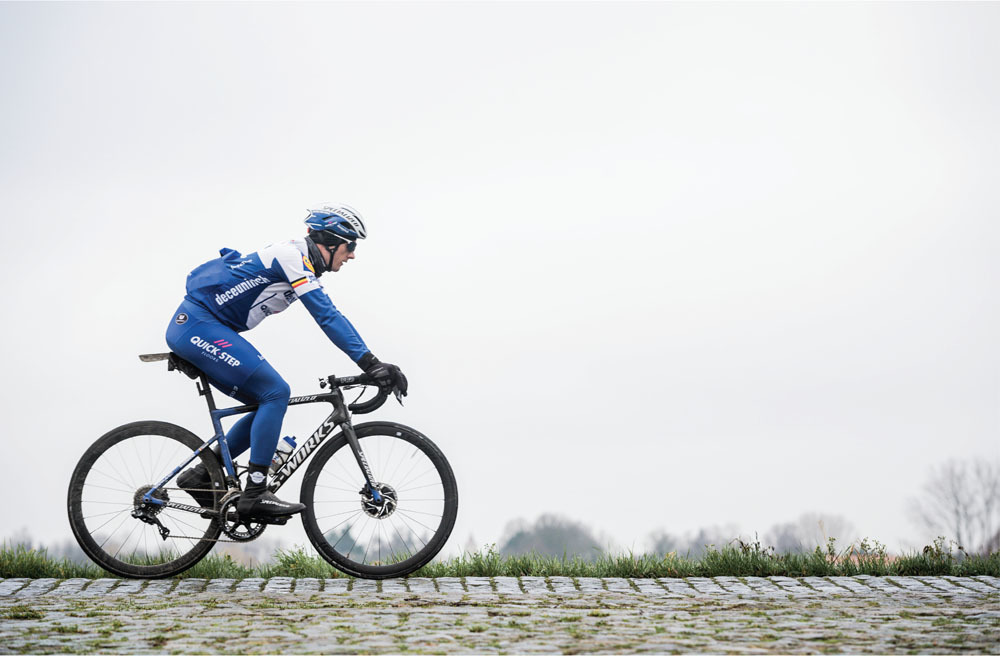 You grew up on the family farm where your family has worked for over a century.

Yeah, it’s a wonderful farm. We have about 60 hectares [almost 150 acres], which is a very average size farm in Belgium, and we are dedicated to growing different kinds of produce like cabbage, cauliflower, leaks, zucchini, all kinds of things. We had a dairy farm for a while but a few years ago it just made more sense to specialize and we focused on produce.

Everybody who has spent time on a farm knows that a farm can be a magical place, especially in today’s world. Correct?

Yeah, yeah, in some ways farming is the most basic form of life. You work for your food and you can be very self-sufficient. You have everything you need on a farm. It’s an amazing way to grow up and, to be honest, I cannot imagine growing up anywhere else but on a farm. I already drove a car when I was eight or nine years old, something that would be unimaginable if you grow up in a big city. I learned so many things at a young age. It really can be magical.

I’m sure I am not the first person to ask you this, but how did growing up on a farm influence you as a cyclist?

Ironically, cycling was not your first sport. You got a black belt in judo at a very young age….

Yeah, exactly. I practiced judo from six until I was 17, so I actually started cycling relatively late, at least by Belgian standards.

That is late. Cycling seemed to come easily, however. Did you have success right away?

Yeah, it did come easily. Okay, I wasn’t winning my first races, but I was finishing them. And I came into cycling in good condition from judo. Also, I like to train and to suffer, so I improved quickly. Judo gives you a real sense of discipline. It’s very strict. You work with masters and you have to listen to them or you get punished. So you really come out of judo with a huge sense of discipline, something obviously you need in cycling as well. 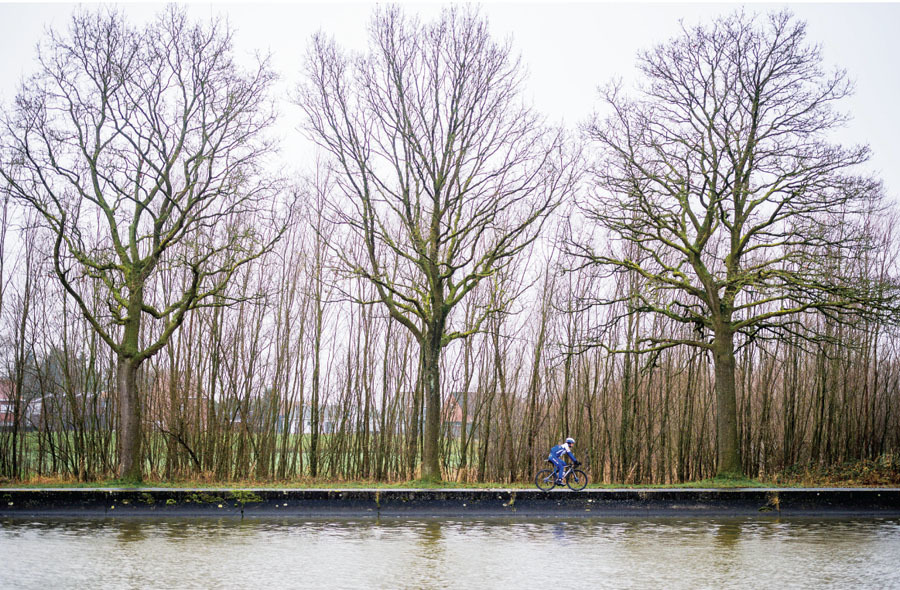 And I imagine judo helped you physically as well. You really have to work on your center and also I imagine your sense of balance?

Yeah, judo is a full-body sport. I’ve never had a problem with my back or anything, because with judo I was training all of my muscles at a young age and I was doing so without forcing anything. It was just a tremendous sport to begin with.

Twice now you have won Dwars Door Vlaanderen. What was it like to win a race of that stature as a Flemish rider?

Oh, it was just amazing. I remember the first time I rode it, I finished I think in 40th place and I said to myself that this was a race I had to come back and win some day. And now I have won it twice already.

What is it that makes Dwars Door Vlaanderen so special?

Oh, it’s just a great race. It is a real cobblestone classic and it is a race where everybody is in top condition so the racing is just full gas from the start. It just comes in the heart of the cycling season in Flanders. There is a tension in the air. Pressure is high and if you can win a race like that, well, it’s just a huge satisfaction.

You are 28 now and just coming into your prime years as a classics rider. Obviously, you have been developing consistently on the team. And as is often the case on Deceuninck-Quick Step, they develop riders over the years, giving them more and more responsibility, until they are ready to become leaders themselves. Obviously you have been moving up and with the loss of a rider like Philippe Gilbert, the team needs a strong leader more than ever. What will be your role this year?

Well, already last year, I was one of the main leaders on the team in the classics and that remains a huge objective. And then of course I hope to get selected once again to ride the Tour de France.

With Tom Boonen and Philippe Gilbert, you’ve worked alongside of some of the greatest classics riders in modern cycling. What have they taught you?

Well, Tom taught me several things. He taught me the need to have real self-confidence, but also the need to be able to handle defeat. And if you have a bad race, well, you just can’t dwell on it. You just have to turn the page and focus on the next race. It’s like on the farm, if you lose a calf at birth it’s a huge disappointment, but life goes on.

Oh, to race smart. He is a very, very smart rider. I don’t know if it is fair to say that I learned from him, but I can tell you that I watched him a lot and tried to pick up as much as possible.

Last year you had a huge performance in Paris–Roubaix, finishing third behind your leader, Gilbert. That was just an amazing ride for you and that must give you a tremendous amount of confidence for the future….

Absolutely. Winning Roubaix is the dream I always had. But now, after finishing on the podium, I understand that dream can become a reality. After last year I have the confidence and I know that it is a race I should be able to win at least once. Will I? It’s impossible to say, but it sure is a goal now and I am going to make the best of it.

The Tour of Flanders and Paris–Roubaix are only a week apart. But while they are the two greatest cobbled classics they have real differences too.

Yeah. Well, for me, Roubaix is maybe a bit more mythical with its traditional finish on the velodrome. But Flanders is maybe an even more beautiful race. There are more climbs and there are more people on the roads. It’s just like a national holiday really. I think everyone in Belgium is watching the Tour of Flanders in some way.