Excitement is abuzz in Milan the Friday before the legendary Milan–San Remo classic, cycling’s first monument of the season. The tension mounts around La Fabbrica del Vapore, the historic steam factory that serves as the race headquarters on this registration day. Less than a mile away, in the depths of the Vigorelli velodrome (above), Alberto Masi holds court to show off his latest prize: a custom steel track frame in an elegant black finish. Admirers are on hand to gaze at it, photograph it and nod their heads in approval. Every detail is finished to perfection, every lug perfectly painted.

Certain things never change at Masi—and one of those is the art of making elegant racing bikes. 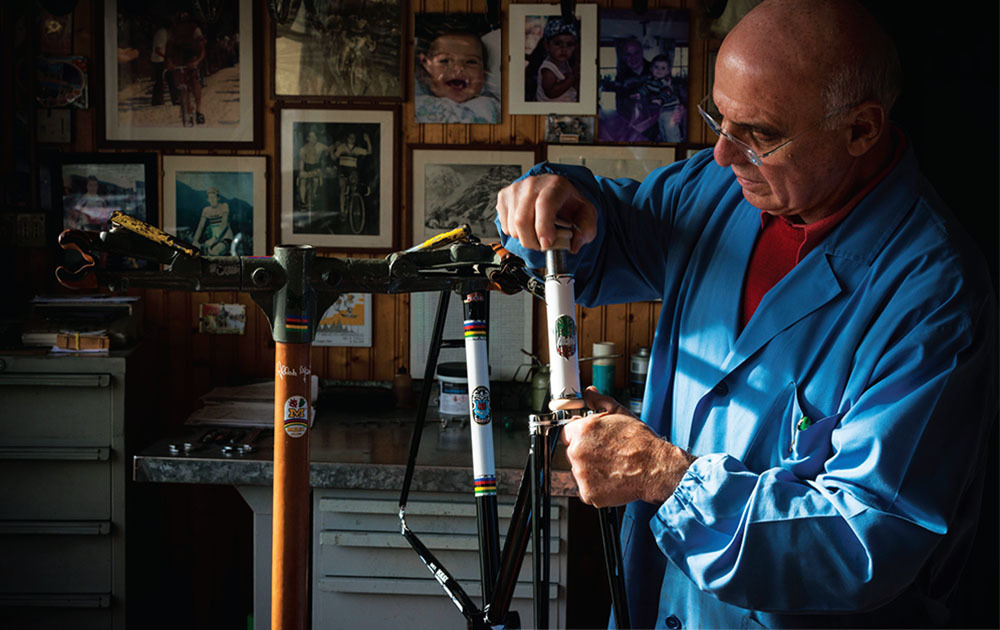 In its glory days, the Velodromo Vigorelli was nothing less than a temple of cycling, the home to dozens of world hour record attempts, as well as numerous world track championships. From 1935 to 1967, Vigorelli was virtually the exclusive home to the hour record and it was here where Giuseppe Olmo, Maurice Archambaud, François Faure, Fausto Coppi, Jacques Anquetil, Ercole Baldini and Roger Rivière all rode farther than any human before them in a one-hour time trial. It was here also that the Beatles first played to their Italian fans, in 1965, followed by Led Zeppelin in 1971—little matter that that concert ended in near riot. The Vigorelli was always a super stadium for superstars

But by the time that Led Zep descended on the Vigorelli, the old boards were starting to lose their luster and the track soon fell into disrepair. By the 1990s, the velodrome received more attention as the home to an exhibition game of American football than it did from track racers. And as the stadium fell into abandon there was even increasing threats that it would be demolished. Recently, however, the velodrome has received a much-needed facelift and is set to officially reopen this year with a new lease of life.

Through the many highs and lows weathered by the velodrome Masi Bikes stood strong, with its shop securely situated under the floorboards of the track. Ever since 1949, when Alberto’s father Faliero moved his shop into space beneath the embankment of the velodrome, Vigorelli has been home to Masi bikes. 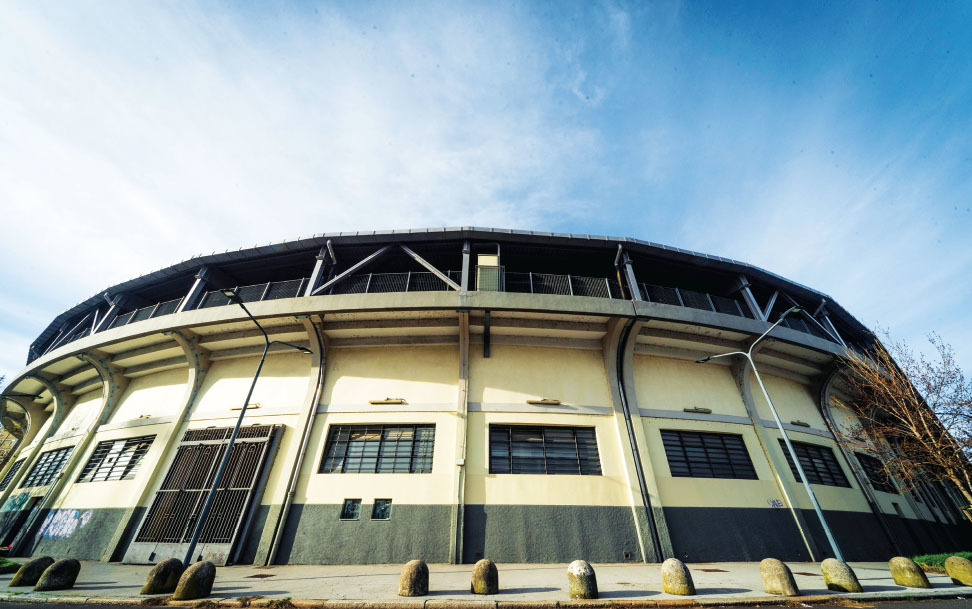 And it was here where Alberto learned the trade directly from his father, who was the preferred frame builder for the likes of Fausto Coppi, Eddy Merckx and a host of other greats. “I grew up in the workshop. I never wanted to do anything else,” Alberto says, taking a break between visits with his fans and clients. “Our family has been making bikes for 92 years. The Masi family is just an old family of artisans. I like to work in that tradition. I’m not big on change and I just never wanted to move the shop elsewhere.”

Today, the Masi name resonates a sense of exclusivity, and a full line of carbon frames maintains the same elegance in the modern era. But the 75-year-old Alberto still focuses on a select steel market, his preferred medium. “I just love steel. I really understand it,” he says. “You can have a real signature with steel. I can recognize who has built certain steel frames, and those who know steel recognize my frames. It is a very precise practice. I still build track bikes for racing, because there is still a demand. Weight is not such a priority on the track and there are still riders that prefer the stiffness and stability of steel. And some riders prefer steel because we can really custom-fit the geometry. With steel, we can really build a frame to the precise millimeter of the rider’s needs.”

While the steel market today remains only a small niche within the bike industry, it is more than sufficient to keep Alberto working. “I still make about 100 steel bikes a year, pretty much like I always did. We still have big markets in Japan, Taiwan, Germany, England and the U.S. There are still a lot of people that like steel. And today there is a whole return to the steel tradition—well, that keeps me plenty busy.”

A gentle spring light enters the shop from the high windows that edge up the walls of the velodrome. It is that soft golden light made famous by painters during the Italian Renaissance, and on this day it bathes the Masi shop, highlighting Masi’s workstand along with other parts of the atelier.

The Masi shop is nothing if it is not a labyrinth of rooms and workspaces. And a serpentine stream of hallways and staircases leads the visitor on seemingly endless paths of discovery. Tube-cutting and mitering machines line a long hallway with shelves of raw steel tubing in various diameters. Upstairs, one of the rooms is a virtual museum. Eddy Merckx Faema team bikes sit in pristine condition under the shadow of a wall-sized image of Frenchman Roger Rivière racing to glory on the track up above.

At one point, Alberto stops and pulls out the original jig to one of Fausto Coppi bikes, along with a letter from Coppi to his father requesting bikes for the upcoming season. “You know, my father had a long relationship with Coppi and he built bikes for many of his team. But Coppi wasn’t the only one.” Alberto’s momentary walk is once again cut short as new customers are again at the door. This is, after all, a working bike shop.

“You know, he still shows up at 8:30 every day and doesn’t leave until 8 p.m.,” says Simone d’Urbino, his one employee, who jumped at the opportunity to work with the master frame builder two years ago. “I had other offers, but when Alberto asked me, I didn’t think twice!”

“We’ve had a lot of good fortune,” Alberto Masi admits. “It’s a miracle that we’ve been around for nearly a century now. And with a little luck, we will be around for a good while to come.”