It was 1961 and Allis had just started his freshman year at Princeton University when he decided to visit the New Jersey town to check out the local shops. Entering Kopp’s Cycle, founded in 1891 and said to be the oldest bike store in America, he met a fellow student, Leif Thorne-Thomsen, who worked there. Thorne-Thomsen, who had raced on the road and track in the Chicago area, was eagerly looking for teammates to race collegiately. Allis had been trying out for Princeton’s soccer team, but he saw his role as a potential bench warmer and so decided to give bike racing a try.

To be sure, Allis had a background in cycling. His father, a physics professor at MIT, was born in France and had taken his family back to his homeland for some bicycle touring, while his mother drove the car carrying their luggage; but he had never raced.

In those days, collegiate bike racing was just a club sport. “No university wanted to be involved with sending a bunch of kids out to play in traffic,” says Allis. They convinced one of Princeton’s rowing coaches, Al Povey, to run the team. They found a bit of space at the back of the gym to store their bikes and gear, and the Princeton University collegiate cycling team was born. 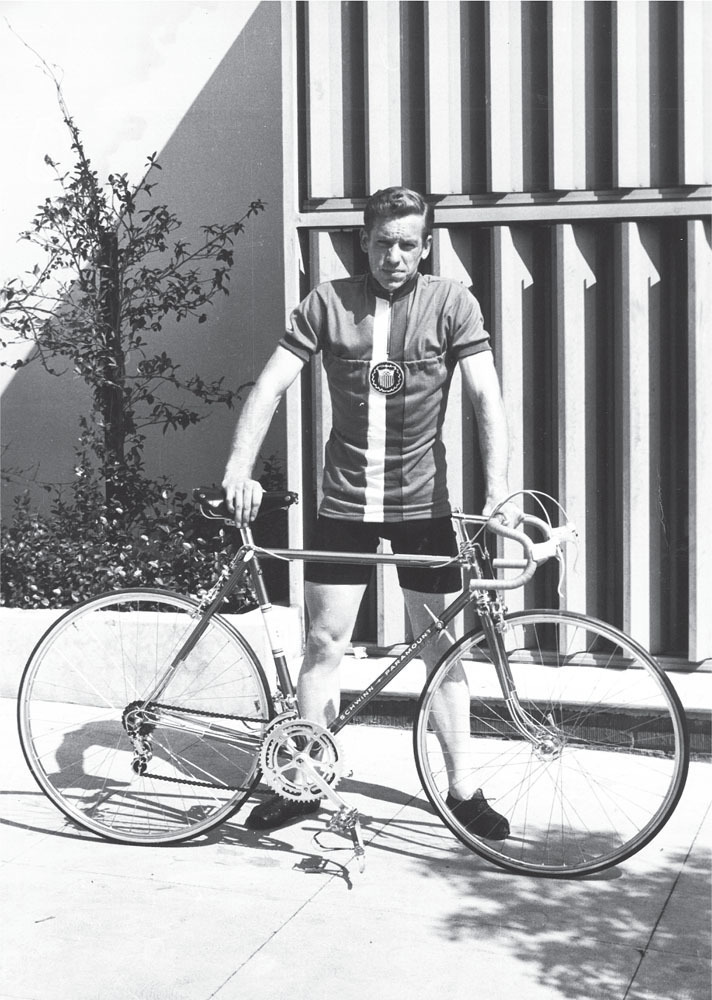 Thorne-Thomsen and Allis recruited several more riders, who were also relatively new to racing and lacking in experience; but they raced every weekend and when there were no collegiate events they traveled to New York City’s Central Park for club races.

A year ahead of Allis, Thorne-Thomsen decided when he graduated in 1963 to take the team over to Europe and try racing there. Fred Kuhn, the owner of Kopp’s Cycle, was a former racer and very well connected with the sport’s governing body, the Amateur Bicycle League of America. He helped arrange the team’s travel and entry into some races in France; and team coach Povey used his English heritage to first set up some races in Great Britain. After racing there, the team took a boat and train to Paris and stayed at Allis’ parents’ house in the southwestern suburb of Boulogne-Billancourt, where his father was working a stint at NATO.

That year’s world championships were held in Ronse, Belgium, and Kuhn worked with the federation to secure a place for the Princeton racers. Allis recalls, “The federation said, ‘If you are going over there, you can have our permission to ride.’ They didn’t care because they weren’t going to send anybody. We were paying our own way so the federation said, ‘Yeah, okay. As long as it doesn’t cost us anything.’”

The Princeton team rode the team time trial and the road race. “It was very different than anything we had been exposed to. First of all, there were cobblestones, which we weren’t used to at all. Then a big race like that with a hell of a big crowd. In Belgium there was a lot of enthusiasm about bike racing,” Allis says.

“We weren’t recognized as being part of the peloton. No Americans had been over there or had been there, so this was kind of strange. We were being totally discounted. I did finish the road race and we did reasonably okay in the team time trial by coming in 20th. The fact that there were Americans in the world championships got some note in the papers. Nothing complimentary, I would say, more expressing surprise that there were Americans and they actually had finished.”

After the worlds, Allis didn’t return to the States to finish his senior year at Princeton. It wasn’t his decision; his grades were failing and he was put on academic probation. Allis decided to put his enforced sabbatical to good use and moved into his parents’ house outside Paris. He signed to ride with A.C.B.B., the Athletic Club de Boulogne-Billancourt, one of the most prestigious amateur racing clubs in France. “They knew who I was because they had seen the fact that Americans were up at the world championships. They were a little bit dismissive, but a little bit interested,” says Allis, who became the first English-speaking rider with the team.

He trained, mostly by himself, and was also taking university courses in Paris. His big break in cycling came at the Paris to Cayeux-sur-Mer race. One of his teammates attacked and Allis decided it might be a good idea to join him, as did a few others from rival teams. “Coming into the finish, I thought I had to do something to make the breakaway group chase something, which would give my teammates an advantage in the sprint,” he remembers. “I took off and they let me go. They were playing games. I was close enough to the finish line that by the time that some of the opposing riders started to chase they had started too late and I won the race.”

The win was so historic that it even got a mention in the New York Times. But it didn’t lead to a professional career as it might have done for a French rider. “It was never really a consideration for me,” Allis says. “My parents didn’t expect me to be a bike racer.”

His major goal after his historic victory was to head back to Princeton and finish his college degree. But 1964 was an Olympic year and fate had other ideas. Allis approached Princeton officials and asked for permission to go to the Olympics, but his request was soundly rejected as his probation left no room for anything but academics.

It turned out that Princeton was sending only one athlete to the Games—basketball player and future senator Bill Bradley—while other Ivy League schools had multiple athletes on Team USA’s roster. In a clear attempt at salvaging school pride, the university relented and Allis headed to Tokyo. “I went to the Olympics and took all my books with me and studied them carefully and came back for the midterms and got the best grades I ever got there,” Allis says.

He has fond memories of his first Olympic Games, in which he placed 75th in the road race. “We were fortunately not in Tokyo but in Hachioji outside of Tokyo—that was the cycling village if you will. That was very nice because it was quiet and there were nice places to ride and the people in the area were really cognizant of you and would help you out.”

After the Olympics Allis earned his degree and ended up enlisting in the U.S. Army to avoid being sent to Vietnam. After a stint in Germany, helping keep America’s watch over Israel and Egypt and the Six-Day war, he was selected for the Army Cycling Team and shipped to a posting in Los Angeles to train for the 1968 Olympics.

He made the team for Mexico City, but it was a different experience than in 1964. “What sticks out was that I was sick and didn’t finish. I got dropped early. It wasn’t as well organized [as Tokyo]. There were actually some nice areas to ride but there wasn’t any help as far as figuring out where to go,” Allis remembers.

The 1970s saw him riding for the powerful Century Road Club of America. The New York-based team dominated domestic racing, with Allis winning the national road race title in 1974. Along the way he rode his third Olympics, at Munich in 1972, and became a partner in several bike shops, Belmont Wheelworks and Ace Wheelworks, in the Boston area.

With years of riding experience Allis became the shops’ bike fitter and his skills were quickly in high demand. He also started coaching the Harvard collegiate cycling team, something he would do for almost 30 years, taking the students out at 6:30 a.m. each morning for training rides.

Now 77, Allis has been retired for a few years and lives in New Hampshire with his wife Kim. “I still like to go out for a bike ride, though not so much during the winter,” he says. “I used to do cross-country skiing a lot. At this point I am getting a little worried about myself because I am not doing enough. Some of that is just that everything takes me longer. I waste more time during the day.” To that end, he still chops wood to heat his house and though his wife bought him a snow blower, he still shovels the long driveway in the front yard.

These days, Americans are finding success at all levels of racing in Europe and against the best cyclists in the world. When U.S. riders stand on a podium today they are undoubtedly also standing on the shoulders of John Allis.